How I Discovered the Evolutionary Self 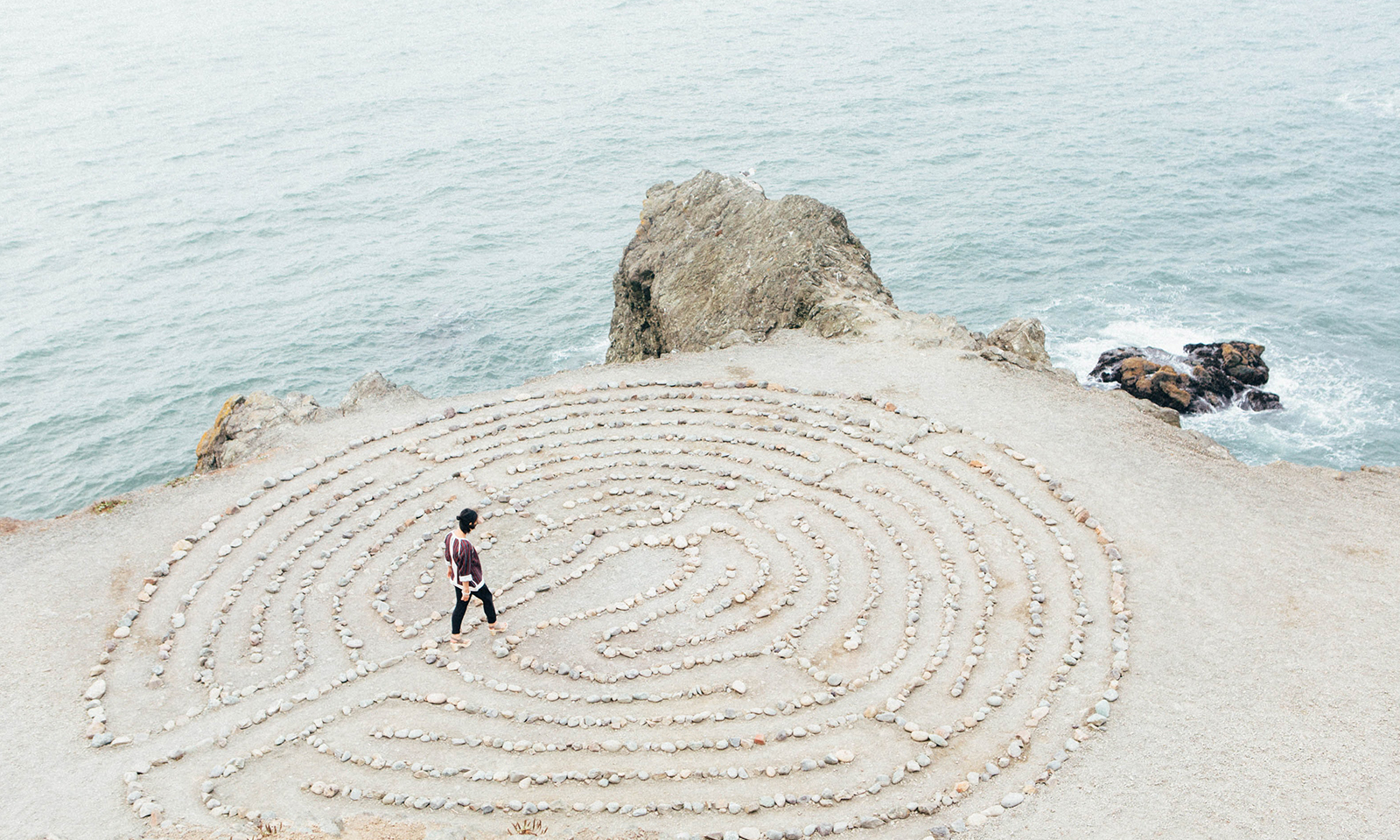 Conversations about the “self” have always been a big part of humanity’s spiritual dialogue.

Traditions ancient and modern have talked about there being a “Higher Self,” a “True Self,” a “Self Absolute,” an “essential Self,” an “Unmanifest Self,” or even “No-self.”

But historically, within the great wisdom traditions of the world, when we hear about our spiritual Self by any name, we’re usually hearing about a part of the self that is beyond time and change, a great Self that is one with all, that was never born, never dies, and is identical with the Source itself.

Enlightenment has generally referred to our awakening to this part of our self that is already free from everything, already at peace, already awake beyond ego.

We’ve been told by masters ancient and modern that if we can only discover “who we really are,” we will find ourselves in a state of eternal contentment and joy, no longer perturbed by the vicissitudes of life.

Yet many of us have had the experience of awakening to this “unmanifest” part of ourselves even for extended periods of time, only to fall back into the limitations and contractions of the ego once again.

In the early years I spent participating in and directing a series of evolutionary laboratories, we saw this happen repeatedly.

In this supercharged environment, people regularly experienced powerful spiritual awakenings to their deeper Self, or their ultimate nature beyond the mind.

But, no matter how long they stayed there, they would inevitably find themselves once again struggling within the limited, narrow confines of the small self.

Over time, however, something unexpected began to happen. We began to notice that occasionally a very different part of the self would become activated.

It wasn’t the small, contracted ego self. But it wasn’t the timeless Absolute Self that’s discovered in traditional enlightenment either.

This part of the self was alive, engaged, animated with spiritual presence and vitality.

It was unambivalent about life. It was excited by change. It didn’t resist feedback or opportunities for growth. To the contrary, it thrived on them.

This was an utterly life-positive, non-resistant, spiritually robust part of the Self that seemed to be saying an unconditional YES to Life.

And perhaps the most intriguing thing about this aspect of the self was that it wasn’t awakening in meditation or other solitary spiritual practices.

It seemed to be waking up in the midst of daily life and through engagement with other people—particularly with kindred spirits when engaged in transformational conversations and other creative interactions.

When this part of the self becomes activated, it feels as though we are awakening to the spirit of evolution itself, as though the big YES that thrust the universe into existence 13.7 billion years ago is waking up in human form.

And, if you’ve been on the path for any length of time, you know how significant that is.

When we begin to let in the implications of this radical shift, our entire orientation to spiritual practice begins to change. To what? To doing whatever we need to do to awaken and activate this part of the self.

We discover that as long as we can keep this part of the self in the driver’s seat of our life, everything else will work miraculously.

Instead of struggling endlessly against our ego resistances, we find we are able to change immediately in response to life’s feedback, because we only want to grow and awaken.

Instead of feeling like spiritual practice is a burden or something one “should” do, it becomes an inspired engagement with the energy of awakening itself.

Instead of falling back into old habit patterns again and again, we find ourselves relating to life from a place where those old patterns no longer hold any power.

In addition, this deeper part of the self seems to have a sort of built-in spiritual/moral/evolutionary compass. Meaning that it has an uncanny ability to respond to any situation in a way that is helpful, evolutionary and “on target.”

It is as though it contains a sort of high-tech spiritual navigation system which is not a supernatural power but simply arises out of an unwavering interest in seeing clearly and responding in an evolutionary way to whatever presents itself.

In developing my own teaching work, I have gradually come to call this part of the self “the Evolutionary Self” because such a big part of its character is that it is on fire with a passion for higher evolution.

In fact, it quite literally feels like the very Impulse of Evolution itself alive within a human being. An Evolutionary Self.

Meditation was invented when humans still believed the world was flat. Is it time for an update to this ancient practice? In this free 90-minute workshop, you’ll experience a revolutionary new meditation process that gives you direct access to awakened consciousness. 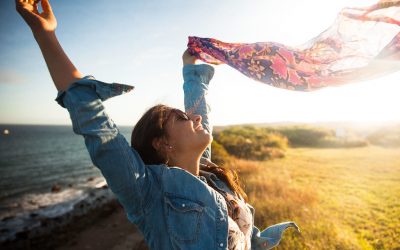 Dare to Let Go of Your Mind: The Mature Innocence of Living in the Unknown

QUESTION: I’m confident in my ability to let go of my mind and my thoughts during meditation, but the idea of doing this in the midst of daily life scares me. In theory, I really like the idea of living in the unknown, but I have a job and a social life that require...

END_OF_DOCUMENT_TOKEN_TO_BE_REPLACED 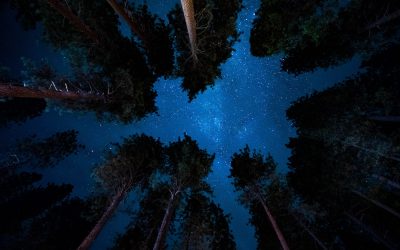 Question:   Recently, I came to a point on the spiritual path where I had a real reckoning with my soul. I realized that at this point, I needed to choose whether or not I wanted to “go all the way” and really align my life with my highest spiritual calling. It was a...

END_OF_DOCUMENT_TOKEN_TO_BE_REPLACED 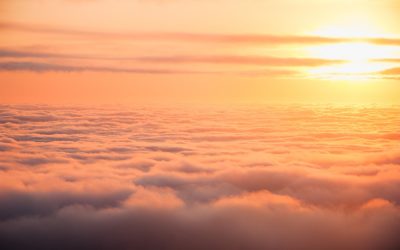 Do You Trust Enough to Let Go?

Question: At the heart of your teaching, and of many other spiritual teachings, is a kind of demand to let go of our ego’s wants and needs. I get this at a cognitive level. And when I sit down to meditate, I find it fairly easy to simply let go of everything. But when...

END_OF_DOCUMENT_TOKEN_TO_BE_REPLACED 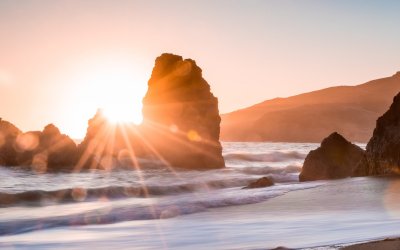 The Miracle of Direct Awakening: How to Practice Being Awake Right Now

When we hear the term “spiritual practice,” most of us think of a technique  that is performed repeatedly over a long period of time in order to prepare ourselves to eventually experience a spiritual breakthrough or achieve some future enlightened state. But what if...

END_OF_DOCUMENT_TOKEN_TO_BE_REPLACED 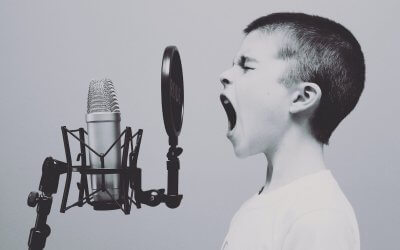 The Inner Narrator is Not the Problem: How to Keep the Voice in Your Head from Dominating Your Meditation

Most meditators, from beginners to experts, are probably familiar with the “inner narrator.” It’s that voice that seems to be an almost constant companion during our practice, commentating on our experience. So what is that voice in our heads? Is it the voice of the...

END_OF_DOCUMENT_TOKEN_TO_BE_REPLACED

When Meditation Makes You Tense

During meditation, it’s common to experience sensations of anxiety or tension that arise seemingly out of nowhere. Since most of us associate meditation with being calm and relaxed, it’s natural to assume  that these uncomfortable feelings mean we’re doing something...

END_OF_DOCUMENT_TOKEN_TO_BE_REPLACED 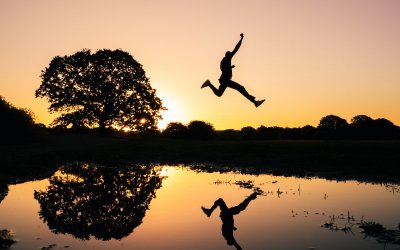 An Unshakable Trust in Life: How to Let Go in Meditation

Many of us come to meditation to help us relax and deal with the stress in our lives. But as we evolve in the practice, we begin to discover that the goal of meditation is less about physical relaxation and more about existential relaxation. As we begin to experience...

END_OF_DOCUMENT_TOKEN_TO_BE_REPLACED
« Older Entries
Next Entries »
Share this ArticleLike this article? Email it to a friend!
Email sent!